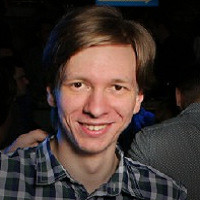 Bogdan is a Principal Engineer and a mentor within the Nagarro’s DevOps community, with a deep passion for technology and automation. He has a strong background in Cloud Architecture, as well as Java development, and spends his time consulting and developing modern distributed applications at cloud scale. When it comes to helping the community, he is involved in various mentoring programs for students such as Nagarro University, “Cartea Daliei”, and “Descopera-ti pasiunea in IT”.

In his free time, he does volunteer work for iCare for more than 4 years, an animal rescue organisation based in Cluj-Napoca, helping stray cats and dogs finding a forever home.

Presentation: Be Your Own DevOps

How would you like to be able to do cool stuff such as home automation, time-saving scripts at work, while expanding your opportunities pool? It’s all about DevOps and it’s not scary. I promise!

During the last couple of years, I’ve found lots of people who do their best to stay as far as possible from DevOps, most of them doing it because of an innate fear of low-level programming. But I will try to show you that being your own lite DevOps engineer is not as difficult as you might think, nor does it involve a lot of low-level programming. Moreover, it can be fun and rewarding while benefiting you both professionally and out-of-hours.

So let’s take a journey together through the lands of ‘DevOps-ing’, smarty dandy housey thingies and automation.